What is Wisonsin? Wisconsin - The Badger State - is one of the East North Central States. Its capital is Madison.

Wisconsin. More detailed maps can be found in the Wisconsin toolkit screen.

Wisconsin's state capitol building is in Madison. It was built in 1917.

Wisconsin is made up of six geographic regions. These include the Northern Highland, a high plain that contains the state’s highest point, Timms Hill (1,951 feet/595 meters); The Northern Highland slopes downward to the Lake Superior Lowland and southward to the Central Plain, or Central Sand Plain. This is a crescent-shaped region of sandstone which stretches across the center of the state. The Western Upland is in the southwest corner of the state. It has been etched into ridges and valleys by streams that cut into the limestones and sandstones. The southwestern and western sections of the state along the Mississippi are an area of dry, high plains known as the Driftless Area. Finally, the Eastern Ridges and Lowlands region is made up of three wide limestone ridges that are separated by low plains. This region contains the lowest elevation in the state, along the shoreline of Lake Michigan, about 580 feet (180 metres) above sea level.

Wisconsin also contains many unusual geological and geographic features, such as the Apostle Islands in Lake Superior; the narrow sandstone river gorge known as the Wisconsin Dells; Oval mounds, called drumlins, and moraines, which were formed by deposits left at the edges of glaciers.

Wisconsin’s main river is the island-studded Wisconsin River, which is 430 miles (700 km) long. The Wisconsin originates on the border with Michigan and joins with the Mississippi near Prairie du Chien. A system of reservoirs regulates its flow. Untamed rivers include the upper St. Croix, the Namekagon, the upper Wolf, the Pine-Popple, the Brule, and the Pike, all of which are in northern Wisconsin. Located on the Black River are Big Manitou Falls, at 165 ft (50 m) the highest of the state's many waterfalls. Waters from the Fox River and its major tributary, the Wolf, flow into Green Bay and then into Lake Michigan, as does the Menominee, which is part of the Michigan state line.

Northern Wisconsin has one of the largest concentrations of lakes in the world. There are nearly 15,000 inland lakes of more than 20 acres (8 hectares) in size. The largest is Lake Winnebago (215 square miles/550 square km) in the Fox River valley. Wisconsin also includes 7,387 square miles (19,132 square km) of Lake Michigan and 2,675 square miles (6,928 square km) of Lake Superior. The Mississippi River flows along the lower half of Wisconsin’s western border for about 230 miles (370 km). There are also thousands of streams throughout the state. 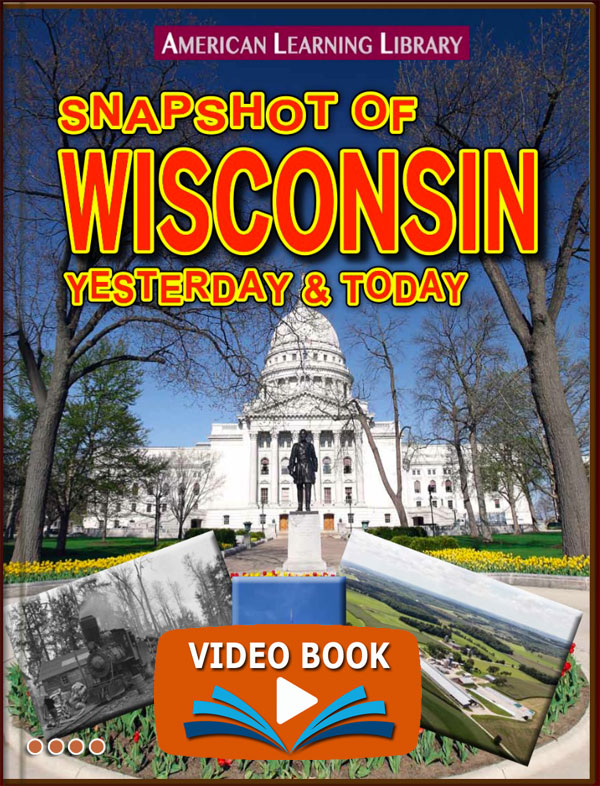 You can broaden your search by looking within this topic:

The toolkit screen link will take you to a library containing a selection of:
more books, pictures, videos etc., related to the search word.