What is a monastery? A monastery is a place where monks live.

Monasteries are places where monks live. Most of them are also connected with a place of worship called an abbey. The word abbey means father. This is because abbeys were important buildings where abbots were in charge of monks. The abbot is the ‘father’ to the monks.

In Britain, many abbeys date back to the time when the first monks were sent by the Pope in Rome to convert the Anglo-Saxons to Christianity. They first began doing this in the 7th century. The abbeys that we see today, however, mostly date from the time when the Normans conquered England at the Battle of Hastings in 1066. This is because William the Conqueror, who was a Duke of Normandy (now part of France), needed to get the church on his side before he could begin the conquest of England. And the church had its price for giving their blessing: they wanted lots and lots of land. So this is what he gave them – and much of it ended up in the hands of monks.

The origins of an abbey
To find out about abbeys we have to go back to the earliest Christian times, for they are among the oldest Christian buildings ever built. The first Christian monks were hermits who mainly lived alone in caves in the desert. Indeed, the word monk actually means ‘to be alone’. Some of the monks became famous for their holy powers and so they drew groups of followers. The most famous of these early ‘desert fathers’ was St. Anthony. He lived in Egypt between about 251 and 356. Even though these monks wanted to be alone, their followers insisted on staying with them. At first this meant that followers built huts near to their monk, making what were really small villages – but all either men or women.

As more and more people wanted to become monks, so some kind of organised way of doing things developed. New communities were set up, each headed by a father – an abbot (and later, nuns were headed by an abbess). The trouble was that the monks were often showered with gifts in the hope that it would bring blessings on the giver, and so the monks were rich targets for thieves. As a result they started to live in buildings surrounded by high walls. This is how the village of monks’ huts changed to a monastery.

Because all this began in the Middle East, and especially in Egypt, close to where Jesus lived, the buildings were designed to suit a hot part of the world. The buildings were arranged around open courtyards lined by covered walkways. These gave protection from the heat of the sun. This is how cloisters came to be part of a monastery. Cloisters were, in any case, very common in grand Roman houses and elsewhere, so this was nothing especially new. In fact, the word cloister comes from the Latin word meaning enclosed. The monastery was a community, remember, so the monastery also had storehouses, kitchens and places for the monks to sleep (dormitories). There was also a large hall for eating in (called a refectory) and small places for praying (similar to chapels). Then, in the middle of all these buildings was a large church where all gathered together. It was called a Katholikon, and it is that name which has been changed down the ages into cathedral. So, right from the start, cathedral was the name used for the most important church.

By the 4th century it had all become more organised, with monks being told how to spend each day. The most important person at this time was Saint Benedict (480 – 547) who lived in Italy. Benedict founded twelve communities for monks near Rome. He then founded the monastery on the mountain of Monte Cassino in southern Italy.

Benedict was not the only founder of monks and abbeys. In the British Isles, many monasteries were founded by monks who had their training based on Irish traditions. One of the most famous of these was Saint Columba (who lived between 521 and 597) who founded the famous abbey on the island of Iona, Scotland. It was also a monk from Iona who founded one of the first English abbeys on Holy Island (Lindisfarne), Northumberland.

During the Middle Ages, several orders of monks were founded on the principle that they owned nothing, and everything they had was the result of charity. They included Franciscans (the Grey Friars) Carmelites (the White Friars), Dominicans (the Black Friars) and Augustinians (the Austin Friars). These groups worked among people, rather than closing themselves off in monasteries. That is the difference between friars and monks. However, other orders based on Benedictine ideas remained enclosed. The most important group were the Cistercians, who founded many monasteries in northern England, including Fountains, one of the largest and most famous ruined monasteries in Britain.

Although monasteries largely came to an end in Britain, they continued to flourish in the rest of Europe. They were an important part of the Spanish colonising of the Americas for example. It was the monks who were charged with setting up a series of monasteries and connected buildings (known as missions) all along the California coast. These missions had the task of converting the native peoples to Chritianity as well as starting settlements that would grow into cities. They were named after saints, and that is why many Californian cities are named beginning with 'San', e.g San Francisco, San Diego, and the video below, San Mateo.

Video: A string of missions were built by monks in California.

Video: The Alamo was an old mission that was defended by the Texan revolutionaries in the war with Mexico that eventually led to the creation of the state of Texas. 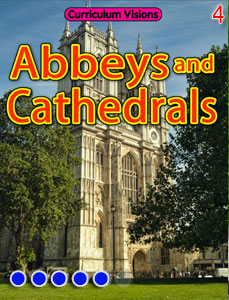 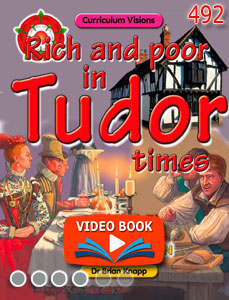 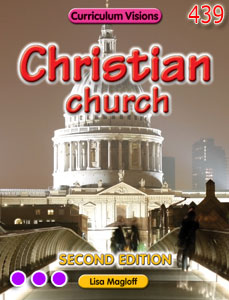 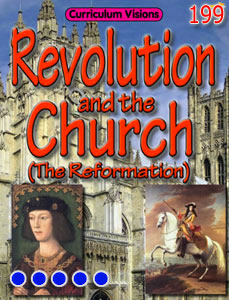