What is a supermarket? A supermarket is a very large shop selling thousands of lines of goods.

Selling goods in shops began in the 19th century. At this time people did not help themselves. The things they wanted were measured out by an assistant behind a counter. But, of course, it was quite an expensive way of serving people, because many assistants were needed. On the other hand, wages were low and the range of products was much smaller than it is today, and it gave people a chance to talk with one another. All of these stores sold a small range of goods and you had to shop by going from one store to another along a high street. It all made shopping quite slow.

The idea of a larger store, putting several types of store together into a food market was invented by Vincent Astor in the US in 1915. It sold meat, fruit, vegetables and flowers. But it did not work because people still mostly walked to the shops and there were not enough people living within walking distance to make a larger store work.

Self-service grocery was another early 20th century idea. Piggly Wiggly stores opened in the US in 1916. These could still be on a small scale and so they did work. Shelves were stocked at night so that by day customers could pick their own goods and then take them to the front of the store to pay for them. Items sold this way were things that would not go off, that is biscuits rather than meat. There were no refrigerators in these early days.

Supermarkets were a combination of bigger space and self-service. The earliest opened in the USA in the 1930s. It advertised under the slogan "Pile it high. Sell it low." But in the US at this time, more people were able to afford cars, so a shop with an area of parking made the supermarket a success, for people were willing to travel longer distances to get goods at a lower price.

Supermarkets really took off in North America after the Second World War when more cars were being bought, there was more prosperity and people were able to buy houses in the new suburbs. They did not take off in Europe until the 1960s because Europe was still recovering from the effects of destruction in the war, something that had never affected North America. For example, in 1947, there were only ten self-service shops in the whole of the UK. Also, European cities are more crowded than American ones, so finding space for them was often difficult. However, they grew very rapidly in the 1960s, led by the founder of Tesco, Jack Cohen.

In the 1950s and 60s, supermarkets gave out trading stamps to encourage people to come back. The same thing happens today through supermarket membership cards.

This kind of shopping can only be done by a small number of very large companies. Even so, at the moment there are probably too many supermarkets around, and it is likely that some will close. 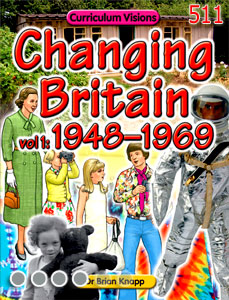 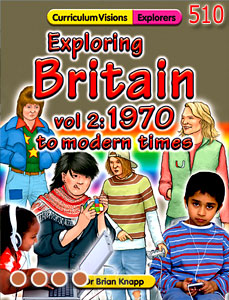