What is London? London is the capital city of the United Kingdom. It is on the River Thames.

London and the River Thames.

London is the capital city of the United Kingdom. It is at the lowest bridging point of the River Thames and the highest point of free navigation. Boats cannot get above London unless they use the locks.

London was probably founded in Celtic times, but became nothing more than a village on a patch of dry land that was higher than the rest of the floodplain. It was also close to the river. The name for this village was probably the Celtic for 'ship hill', but the Romans misunderstood it and called it Londinium.

The Romans built a fort at the point where the Celtic village had been. Downriver was marshland, so it was a good site to defend. It was also possible at that time to ford the River Thames at low tide because it was a wide shallow river - nearly three times as wide as it is today. Later on the Romans would build a wooden bridge from the fort to an island near the village of Southwark on the south bank.

Londinium was made the centre of many of the Roman roads. The Romans took their roads through gaps in the nearby North Downs and Chiltern Hills and so reached the rest of their province of Britannia. By making Londinium the centre of the roads, it automatically made it the most important place.

When the Romans left Britain, there was no one who could make use of the whole fortified city and it fell into decay. When the Saxons arrived, they ignored the Roman city and chose an island further inland (west). It was called Thorny Island, and it developed into Westminster, that is 'the place where a minster (church) was built to the west'.

When the Normans conquered England, they put up a temporary castle in the easternmost corner of the Roman city, using the Roman wall as part of their fortifications. It was a sensible thing to do, for it was still protected by marshland. Then William I ordered the temporary castle to be made permanent, and the White Tower (of London) was built almost immediately. As a result the Normans lived in the east, and the Saxon centre was to the west. The city has grown up with two centres ever since.

For many centuries there was farmland between the two centres, but that eventually got built over. Some roads still tell of what it used to be like. The Strand, means 'the road by the riverside beach' – although there is not much sign of the beach any longer. In this area which no one much wanted, and half way between the king's palace and the merchants' city, lords with estates based in the countryside built their London palaces, and they took over large areas of land in the process. That is how much of the city land became owned by nobles – as it partly remains even today. 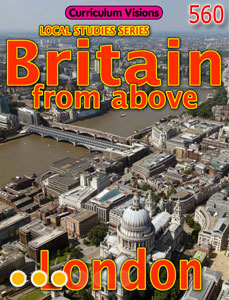 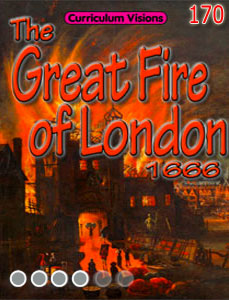 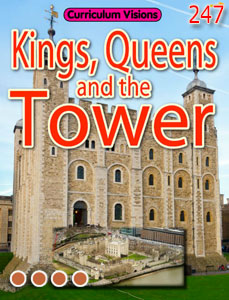