What is Edinburgh? Edinburgh is the capital city of Scotland. The castle is built on an extinct volcano.

A bustling street in Edinburgh.

Edinburgh is the capital city of Scotland. It lies just to the south of the Firth of Forth and is centred on an ancient volcanic rock on which the castle and Old Town are built. Leith lies on the banks of the Forth, and is the port for Edinburgh.

The name Edinburgh comes from Din Eidyn, a hill fort name of Iron Age (Celtic) peoples before the arrival of the Romans. Burh was added in (Anglo-Saxon times) and is the Old English burh, meaning fortified town during the 7th to 10th centuries when it was held as part of the Anglo-Saxon kingdom of Northumbria. It then fell to the Scots and was made a royal burgh by King David I in the early 12th century, and eventually became the capital of Scotland by the 14th century.

In 1603, King James VI of Scotland succeeded to the English throne, uniting the crowns of Scotland and England. By the 17th century, Edinburgh was still held in by the city's defensive town walls, and with an increasing number of people coming to the city, this caused houses to be of increasing height. The replacement tenements you see today are Victorian in age.

Edinburgh is similar in its site to other nearby cities such as Stirling. Their castles are on top of a long extinct volcanic plug. But during the Ice Age, ice sheets spread southeast, carrying debris with them. As the ice sheets spread around the volcanic plugs, so there was a protected space to the east of the plugs, and this filled up with debris, making a ramp of material. It is this ramp of Ice Age material that makes it easy to get up to the top of the plug. The north, west and south sides were not protected, and so they remain as vertical cliffs. From the point of view of defence, this is ideal, for it means there is only one narrow, sloping entranceway and so it is easy to defend. This is why Edinburgh Castle was built here. Like all castles, its wealth and garrison meant that there were many services it needed, and so a town (now Old Town) grew up on the ramp (now called Castlehill). Later this was to extend eastwards to make Lawnmarket and the Royal Mile to Holyrood Palace.

The Old Town still has the same road layout that grew up in the Middle Ages. Its narrow side streets are called Wynds. There was so much pressure to build here that by the 16th century the buildings were all taller than in other cities, some even reaching fifteen storeys, making them the highest residential buildings in the world at that time. They also dug downwards to create dank and dark vaults in which more people lived, often Irish immigrants.

Within this ancient town are famous churches, law courts and other important buildings.

St Giles in the 18th century.

By the first half of the 18th century, after the Union of Scotland with England, Ireland and Wales, Edinburgh was becoming prosperous and wealthy. But it was also one of the most densely populated, overcrowded and unsanitary towns in Europe. There was simply not room for Edinburgh to grow by the castle alone. At this time Edinburgh was among the most prosperous places in the world, so it had the money to think grandly.

The Town Council, keen to shown its belief in the Union, and loyalty to George III, organised a competition in 1766 to design a "New Town". They chose names for the streets of the New Town to include the royal family, hence George Street etc.

The competition was won by James Craig, and his design was based on a grid of streets arranged around George Street, running along a natural ridge to the north of the Old Town. To either side of George Street were two other main streets: Princes Street and Queen Street. Princes Street is now the main shopping street in Edinburgh (although it has few Georgian buildings remaining).

Set within this grid were large squares, such as St Andrew Square and Charlotte Square. Bute House, the official residence of the First Minister of Scotland, is on the north side of Charlotte Square.

Soil dug out while laying the foundations of buildings in the New Town was dumped nearby, creating the slope connecting the Old and New Towns known as The Mound.

In the middle of the 19th century the National Gallery of Scotland and Royal Scottish Academy Building were built on The Mound, and tunnels for the railway line between Haymarket and Waverley stations were driven through it.

Over the years Edinburgh attracted many great thinkers and became famous as a centre of learning.

Edinburgh had few factories compared to other cities during the time of the Industrial revolution and Victorian times. That role was rapidly taken up by the growing new city of Glasgow. This is why Edinburgh is the banking and insurance centre of Scotland, while Glasgow is the factory centre. There are over 4,500 listed buildings within the city, which is the highest density of protected buildings in any place in the United Kingdom.

Edinburgh is still the second largest financial centre in the United Kingdom after London. Financial services make up a third of all office space in the city. The West End is where banks, insurance companies and other businesses have concentrated.

During the Ice Age the ice modified the land greatly in areas beside the Castle Rock. It gouged away and exposed the cliffs now known as Salisbury Crags and Calton Hill. At the same time, it left broad mounds of debris elsewhere. These features geographers call drumlins, and they explain the hills on which Marchmont and Bruntsfield are built. 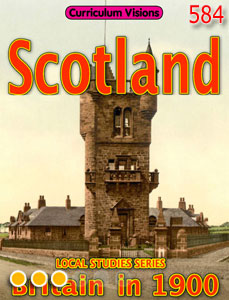 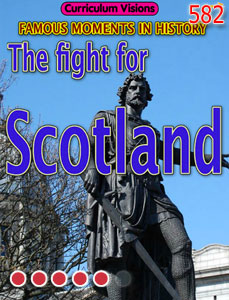 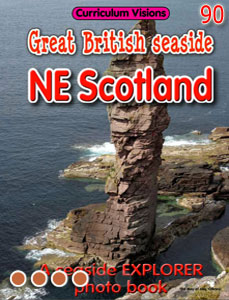