A river barge designed to carry chemicals or fuel.

Barges have been used for centuries to carry cargoes on rivers or along the coast.

Sailing barges carried coal from Newcastle in northern England to London, keeping close to the coast and staying in port during rough weather.

But barges began to be used more widely in the Canal Age. This was the time, starting at the end of the 18th century, when canals were dug to connect cities. Canals and barges were very important in the Industrial Revolution.

The first canal was the Bridgewater Canal in northwest England. It was dug by hand, so it was shallow and narrow. As a result, the barges were designed to match the canal. They were pulled by horses and came to be called 'narrow boats'.

Canals and barges began in England, but were soon copied across Europe and North America.

Barges were also used on rivers, but this was more difficult because rivers flow swiftly. River barges can be bigger than canal barges. When steam power began to be used for ships, it was soon adapted to power barges. The first powered river boats were tugs, which pulled barges, but later self-propelled barges were built, like the one you can see here, and the ones on the River Rhine you can see in the video. 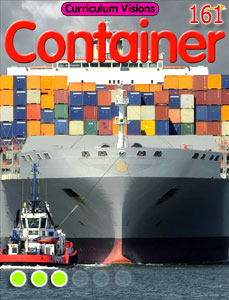 The link above will take you to a library containing a selection of:
an i-topic, more books, pictures, videos and teacher's stuff related to the search word.
The button below will take you back to the word list.